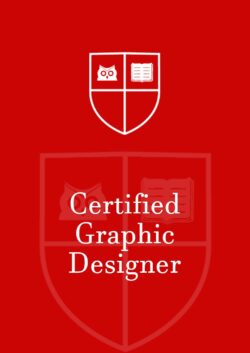 Career as a graphic designer

Whether it’s design theory or portfolio development, animation, project management or web design, you can follow a dream with a degree in graphic design. The Academy of Graphic Design will teach you visual, creative expression and message delivery. Another language of communication will teach you. Everywhere you look today, the tide of protectionist sentiment is flowing.

The Academy for Certified Graphic Designer is designed by academic professors and experts in the field of graphic design, with many years of theoretical and practical experience. It is intended for all those who want to study, specialize, qualify and develop their skills in graphic design. For all art lovers and new technologies. Learning and improving through real and real projects. The goal is to create quality specialized personnel competitive in the market.The two primary media outlets for displaying your future work are print media and the Internet, and so is web design. Gain a German degree and be the future creative or art director, marketing specialist, multimedia designer, animator or freelancer.

The characteristics of the program as well as the teaching strategies are given below:

Each participant when applying for the academy will complete a questionnaire for self-assessment of the level of knowledge.

After completing each module of the program, each participant is required to pass a practical exam in order to obtain the certificate. The exam is valued at 70% of the total points for the certificate. The remaining 30% of the total points of obtaining the certificate refer to the evaluation of the program manager who submits an evaluation for the participant on 3 grounds: presence, critical thinking and engagement. The three categories each carry 10% of the grade. The supervisor is obliged to summarize the conclusions from the information submitted by each individual lecturer in the teaching sessions.

Each of the topics represented in the program will contain practical examples of implementation in everyday work. The methods for presenting and mastering the topics will be based on the principle of: flexibility, Learning by doing concept, workshops, discussions, working groups, research.

Registration Fee is included in the total fee of the program 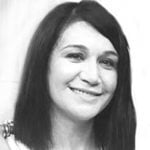 milija Kornakova – mentor at Institute for Business & Management Heidelberg Skopje
Emilija Kornakova has a master’s degree in Interior and Graphic Design. It is interesting to mention that in addition to the Faculty of Interior and Graphic Design, she also graduated from the Faculty of Economics at Ss. Cyril and Methodius University in Skopje, Department of International Relations.
Her rich working career began with the establishment of a marketing agency where she held the position of Creative Director from 2000 to 2010. In the meantime she has worked on several projects and additional work engagements such as Improving Management, Marketing Skills and Creativity in the marketing agency Ontrac, E3 media, Bristol UK; further as Graphic and web designer and Event manager in ID Macedonia, Skopje, Organization of national contest “MK SPORT ID” for unifed design of the Macedonian national teams jerseys; Further Additional Executive Director and Interior Designer at MED, Skopje, Interior design studio; from 2006 to 2015 she is a graphic and web designer and Event manager of Beach Volleyball Macedonia – Ohrid, Organization of the annual international beach volleyball competition; from 2011 to 2015 is Graphic, web designer, Magazine editor, Copywriter of Tinex, Cosmo; from 2014 to 2019 he is a Mentor – Trainer (Adobe Photoshop, Adobe Illustrator, Art elements and principles, Theory of color, Branding and identity) in Seavus education and development center – Skopje, I Think academy, WEB Design Academy; from 2015 to 2018 is Creative graphic and web designer, Marketing account manager, Division – Skopje marketing agency; since January 2019 he is Marketing Director in Podravka – Skopje, Northern Macedonia.
Emilija Kornakova is a lecturer and head of the Graphic Design program at the Institute for Business and Management HEIDELBERG Skopje. 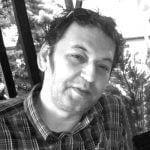 Todor Trajkovski – manager of the program
Todor Trajkovski has studied Mechanical Engineering at Ss. Cyril and Methodius Skopje.
He started his working career as the owner of the trading company Gamma Trade. From 1998 to 2000 he worked as a designer and video editor at TV 96; from 2000 to 2001 he was a designer of the weekly magazine START, from 2001 to 2006 he was a senior designer in the marketing agency “INDIGO – Ogilvy & Mather”; in the meantime he works as a production director in the printing house “My-Print”. From 2006 to 2012 he was the Creative Director of one of the world’s largest marketing agencies “Gray Worldwide”. From 2013 to 2015 he worked in MPM – Media Print as responsible for the corporate identity of the company. Since 2015 he has been working at Ars Lamina Publishing House as a chief graphic designer.
Todor Trajkovski is a lecturer and head of the Graphic Design program at the Institute for Business and Management HEIDELBERG Skopje. 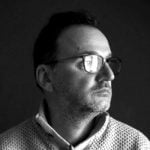 Advantages of the Certified Graphic Designer program as part of the College for Digital Design Communications of the Institute for Business and Management HEIDELBERG Skopje:

At the end of the specialization you get:

Can it be paid in installments?

You can make the payment directly with a credit card on the website itself when purchasing a seminar or training or by paying an invoice in several installments, and after a previously signed agreement.

Who can enroll in the institute's certification programs?

In the certification programs can enroll anyone who wants to qualify or retrain for thechosen field in the certification programs. For that purpose, having a minimum of prior knowledge in the chosen field of each candidate is a facilitating circumstance in studying the programs. Namely, the programs, except for the postgraduate master studies, do not require prior formal higher education.

How are the lectures held?

Pillar 1 – Seminars are held live with physical presence at a predetermined location and time. Seminars are also held live online through the ZOOM platform. For each organized seminar, the way, time and place of the event are certain in advance, which is published on the website.

Pillar 2 – E-learning, lectures are held online. The first category is live lectures through the online ZOOM platform, the second category is through recorded video materials (when you buy a certain program, you get access to the video you bought).

Pillar 3 – Executive Certification are held live with the physical presence of the group following the program, with a predetermined schedule for lectures.

NOTE: the lectures with several months of training programs are held after working hours, once or twice a week (for each training is explained in detail in the information of the program itself).

Who are the lecturers of the programs?

Lecturers of all programs are domestic and international practitioners with at least 10 years of work experience in the fields they teach. In each of the programs there are expert lecturers who are available for you to “use” their know-how.

Do I receive lecture materials?

Each listener receives materials in the form of presentations, exercises, excels, books, additional (video and audio) materials and directions where they can get more information on topics related to the lectures for anyone who wants to expand their study.

In the pillars of the Institute, there is the opportunity to study for a German master's degree (academic). Can you explain more about that?

At the German higher education institution Heidelberg Institute for Business and Management in Skopje has accredited (in 2018) 4 academic programs for master studies, as follows:

WHAT YOU'LL LOVE ABOUT IBMHS PROGRAMS

Our internationally recognized standard of excellence and German vocational education can set you apart. Courses are developed by faculty top experts to help you gain today’s most in-demand skills.