A NEW EDUCATIONAL PROJECT IS ANNOUNCED, FOR THE FIRST TIME IN THE WESTERN BALKANS, AS A BRIDGE FOR ENTRY OF A STATE DUAL UNIVERSITY FROM GERMANY 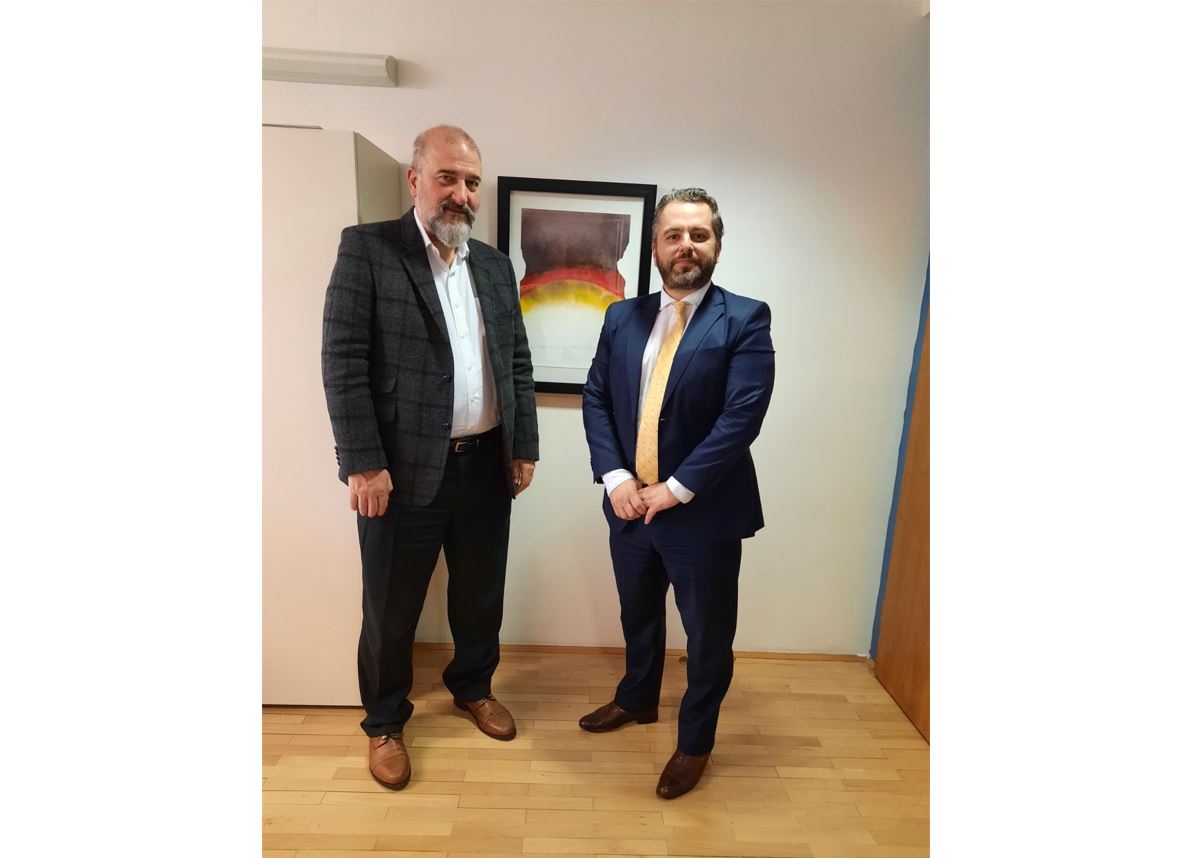 On March 17, 2022, Thursday, at the Embassy of Germany in Skopje, Mr. Otto Graf, in the function of Deputy Ambassador and Head of the Economics Department, received at an official meeting the representative of the management in Heidelberg Institute of Business and Management in Skopje, prof. Dr. Sinisha Naumoski. Namely, among other things, the new project for German undergraduate and specialist studies was presented at the meeting, following the example of the state dual universities in Germany, under the brand “HEIDELBERG FACULTY IN SKOPJE”.

At the meeting, as underlined, this represents, for the first time in the countries of the Western Balkans, to establish a German higher education institution for undergraduate and specialist postgraduate studies in the fields of: data and computer science, banking, insurance and controlling.

“Despite all the difficulties in recent years, today, it was said at the meeting that it is the right time to build a bridge, through the institution of Heidelberg in Skopje, which has existed for more than 4 years, to enter the state dual university of Mannheim.” – stated Prof. Dr. Naumoski.

To this end, Mr. Graf noted that the German Embassy will actively support any initiative to improve the Macedonian education system, especially when transferring knowledge and practices from the best universities/schools in Heidelberg, Mannheim and Frankfurt.

By prof. Dr. Naumoski, the Embassy of Germany in Skopje was informed about the establishment of a working group, through which, at the end of last year, the process of implementation of German dual studies began, here in Skopje. Such meetings, as added by Dr. Naumoski, were actively involved by all representatives of the management of the Heidelberg Institute in Skopje, and under the mentorship of Dr. Briggite Spielman, as well as senior representatives of the State Dual University of Mannheim, including, and the rector of the university, prof. Dr. Nagler.

At the end of March, as was underlined at the meeting, a trilateral meeting will be agreed upon between the Embassy of Germany in Skopje, the Delegation of the German Chambers of Commerce in North Macedonia – AHK and representatives of the Heidelberg Institute in Skopje, in order – joint and enhanced cooperation in the implementation of projects in higher education. Also, at the beginning of May 2022, the working group from Mannheim, together with the representatives of the management from Heidelberg and Frankfurt will make an official visit to Skopje and will carry out a complete evaluation of the processes, in order to obtain German accreditation.